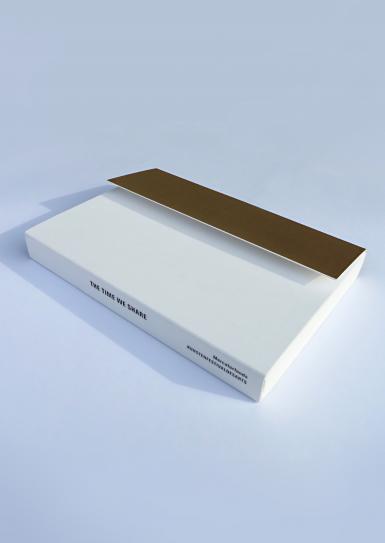 WHAT WE DO NOT SAY BUT IS STILL HEARD

When I put on a play in my country, Iran, I know perfectly well that the first ones to see it will not be the playing public, but members of the self-styled ‘Council for Surveillance and Evaluation’ who will have slipped in through a side door. My actors and I know they are members of a censorship committee come to make sure my play does not threaten their society, and that they try to hide their true identity because they are ashamed of their job. In this context, when you are thinking about starting a new project, whatever it is, your first thought is always, yet again, how to avoid being stifled by this committee and still manage to deal with modern Iranian society and question it.

To Western eyes, this might look like an impossible challenge. When the government saddles you with a group that is supposed to vet the performance before it is seen by the public to make sure it will not have any harmful (in fact beneficial) effect on society, and to certify that it is harmless and acceptable, how you can possibly hope to ask out loud what Anton Chekhov called ‘the unanswerable questions’ for a society? People who defend total freedom of expression as prerequisite to creation would probably argue that the existence of censorship casts doubt on any work of art created in Iran.

For them, censorship prevents a given work from achieving the fullness of expression it would achieve in a free society. I beg to differ and can think of hundreds of counter-examples. If it were true, the cinema of Sergei Eisenstein, Andrei Tarkovsky or Abbas Kiarostami, just like Jerzy Grotowski’s theatre, for example, would lack all credibility and be stunted compared to what they might have been had they been created in a society like that of France. The failure of so many artists in exile shows that total freedom is not a necessary and sufficient condition for creation. What artists need above all is to know the society in which they are living and the audience they want to address.

Of course you have to ask how a work that has to pass the censor can deal with questions that are censored. Are some themes impossible to treat when there is censorship? In practice, some questions are out of bounds, but I must say that as an author and director, I do not pay much attention to this forbidden zone (I sometimes get the impression that it bothers Western journalists more than it does me!). It seems to me that the main areas where censorship is applied are information and media. But these days, thanks to development of social media, people in my country are just as well-informed as those elsewhere. It seems to be the case that when the audience is aware of the constraints and taboos to which the arts such as theatre are subject, then censorship is not infallible, or at least you can get around it.

Ten years ago, I put on a play at the Kunstenfestivaldesarts called Amid the Clouds that dealt with immigration. In the last scene of the play, a migrant couple spend the night in a refugee camp. The man has to take a boat across the English Channel at dawn the next day. The woman knows this might be the last time she sees him, so she asks him to make her pregnant. It is the only way she can stay in France, and there is no way he can refuse. Anybody who knows about the laws of censorship in Iranian theatre understands that physical contact between a man and a woman is forbidden. So, logically, this scene seems impossible to stage. And yet, six months after its world premiere in Brussels, Amid the Clouds was presented in Tehran City Theatre. I found a solution to show this situation on stage. I realised that since the audience were just as aware of me of the taboo, it was relatively straightforward. I put the two characters on bunk beds, but reduced the space between them to a minimum. So when they turned over to speak to each other, the implied sexual relationship was patently obvious.

In reality, I used the representation a spectator has of sexual relations to create the representation on stage. Most directors do the same. The images are not necessarily those that are presented to public view on stage, but the ones the spectators see in their mind’s eye, hidden from any censorship committee you care to name.

That said, I have to admit that no politically or socially sensitive issue can be tackled by any art form whatsoever in Iran. For example, during the crisis following the 2009 presidential election when the police clubbed and tear-gassed the young people who took to the streets, you could not expect actors to take up the demonstrators’ slogan ‘Where is my vote?’ on stage. Or if they did, you could not expect the play to be still on after opening night. This is question artists always have to face: is it better to adopt a radical, in your face stance and have your performance banned immediately after it opens, or play cat and mouse games with the Council for Surveillance and Evaluation? In any case, that year, even if you wanted to avoid direct confrontation, it was hard to resign yourself to putting on Shakespeare or Chekhov. When the air you breathe is laden with the smell of burning tyres and tear gas, the simple fact of standing still for ten minutes can be seen as political gesture.

When I first talked to my company about the idea for Where Were You on January 8th?, I noticed that the conversation quickly turned to what was happening on the streets of Teheran at the time. On the surface though, the story of the play had nothing to do with what people were protesting about: a group of young people steal a gun for a few hours and each one hopes to use it to escape from an impossible situation. There was absolutely no direct reference to the crisis the country was going through. But the simple idea that democracy and the rule of law no longer guaranteed our rights (or our vote) and that you had to use force and violence was enough to open the way to thoroughly political interpretations. The dramaturgy and the staging did have echoes of the context of the demonstrations: the presence of a member of the police force in the house; practically all the narrative delivered over the phone, and the fear of speaking freely in the case the phone was tapped; the blood-spattered ground in one scene; Tehran University; and finally the gun itself. Each of these elements took on a particular role in the play. But at the same time, I hoped that, at another level of interpretation, the spectators would reforge the chain that united them, supplying the missing links and the things unsaid using information they had from elsewhere. In this way, thy would have access to an understanding of the play that was different from that the members of the Council who had given their permission for the play to be staged.

Thus, Iranian theatre, like any form of art subjected to censorship, cannot expect to inform the way the media do. The information discourse is highly objective and does not lend itself to a variety of perceptions and interpretations. The day after the demonstrations, there were deaths or not. It is no middle ground. Censorship can therefore be particularly effective against this discourse. Today though, we can hope that, thanks to access to the Internet and social media, the public can overcome the obstacles to the free flow of information. The theatre is then freed from that function. The spectator is fed by a constant stream of information coming from the environing world and has the wherewithal to read between the lines of the play’s dialogues and have access to different levels of interpretation of the work.

In conceiving a play, as an author and director, you always have to be aware of this balancing act for both the text and your directing: suggest enough to encourage the spectator to complete the puzzle despite the missing pieces, but not so much as to make the censor’s antennae twitch. Remember as well that the audience we are talking about here is not the simple theatregoer of the classical theatre, discreetly sinking into this seat in the dark. I noticed recently that when we do the play for the censorship committee, the performances are always cold, insipid, even dull. For these initial ‘public” performances could be very dispiriting: our first ‘spectators’ have the best seats in the house but spend their time fidgeting with their watches and whispering among themselves. But we take advantage of a weakness in the censors. These people feel they are so superior to works of this kind that they do not allow themselves to be drawn into them and they maintain a distance from which to judge them. For them, the best way to censor is to refuse any participation, sharing or involvement. That is why they find most of my plays really abstract and tedious.

They were convinced that I tricked them during the meeting I had with them after Where Were You on January 8th? They accused me of not telling them the truth about the meaning of my play. The fact of the matter is, they did not see the meaning because, luckily, they refused to become involved in the exchange with the play, the staging, the actors on stage. They were expecting to see a play that said things in a straightforward fashion. They were not in the presence of a ‘real’ audience that prompted them to take such an attitude. Unfortunately, when their friends from the fundamentalist press came to see the same play along with a ‘normal’ audience, their perception was very different, but also to the intentions of the company. They used the play to criticise the functioning of the Council of Surveillance and the Ministry of Islamic Guidance in internal publications, which, of course made life more difficult for us later.

It is worth pointing out a strategic error of the Committee for Surveillance, which imagines that by controlling the texts and the staging, it can produce an aseptic, harmless theatre. Maybe such an approach could work in non-live arts like literature or cinema. But even the most trivial words, when pronounced in front of an audience that is numerous, well-informed, angry and enthusiastic, can give rise to interpretations of the work that can go way beyond even the will of its creators.